Spatial Territory opens the first year of activities for the Indie – a cooperative gallery focusing on the art of photography and artists involved in it. The exhibit can be considered a type of visiting card marking out the topics, the issues, and the questions gallery members find pertinent when producing their art. They constitute a common basis for discourse and discussion.
Marking spatial territory is common to all living things. Some are possessive of their territory, and some more moderate and inclined to compromise. The term “marking territory” is very familiar to us from our pets and ourselves: we all require raising boundaries around us, if only for appearance sake, as an assurance of personal security.
Bloody wars began with the conquest of foreign territories. We Israelis are accustomed to such wars. Every living thing must struggle for its existence daily. Asaf Gam Hacohen documents the occupation of a section of sidewalk by a homeless man – conquering space for basic existence. Except that among items representing physical existence, the photo displays, despite everything, a mark of the spiritual existence of the homeless – a pan flute.
Human beings frequently do not respect the boundaries of others and encroach on their spaces. Unauthorized construction is considered such an incursion and comes hand-in-hand with political and economic power struggles. The seizing of sources of sustenance, like water sources, led to struggles that became wars. Such events are familiar to us from the Bible: Genesis Chapter 16 tells of the clash between Isaac and foreign herdsmen who asked for water from his wells.
Sagit Zalooff Namir’s photo discusses gender. The fetus is integral to the experience of the mother during the nine months of pregnancy. After the birth, three separate territories/entities are formed: the mother, the infant, and the father. “Where do I begin and where do they end?” asks the artist. “The absolute symbiosis versus my needs and theirs for independence.” The boundaries dissolved, and there is a need to try to rebuild and redefine them.” Orit Bertini Shavit and Ilan Carmi also take on gendered territories, though different ones: one is feminine and the other purely masculine. Aya Nitzan exhibits two photographs: one shows a birds-eye view of a surfer carrying a surfboard under his arm – it appears as if at this very moment he is returning from conquering a powerful breaker, or he is on his way to doing so. The other shows a colorful wall of packing boxes that echo the Separation Wall. But the photo asks: Separation between what? The territory is familiar and identifiable, but at the same time foreign and alienated.
Part of a face can also be a means to mark territory. Men shave and women apply makeup and eye shadow to mark their territories. Ronit Porat’s work was taken in Berlin. It documents a poster advertising an exhibit of the artist Marianne Breslauer in one of the city’s museums – a passerby has added a Hitler mustache to her photo. The image raises two intriguing questions – Did the person who added the mustache know that Breslauer, who was Jewish, was only saved from the clutches of the Nazis by leaving her city of birth and that as a result of her spirit and talent she returned after her death? Even more intriguing from the aspect of photography as a medium is the question, when quoting another work of art, how far is it legitimate to go? At what stage does it lose its legitimacy?
In Dana Landau’s photograph, the inner space of a small house, a kind of patio, is conquered: into the white silence a branch of a bougainvillea quietly insinuates itself, introducing a colorful joie de vivre to the place. Daniela Orvin’s enigmatic work only becomes clear to the spectator after long observation. We are witness to the anonymous struggle of the bright light of the moon that attempts to penetrate the tangled branches of the tree: to conquer for itself a pale piece of the ground that extends under it.
How will we know how to act according to accepted standards when we enter new territory, space that is usually foreign to us? Will we use the services of men if we are women? Will we enter a place marked “no trespassing” without explicit permission? One of the phenomena that illustrates respect for the territory of the other is standing in line. It is not important which line or where it is. For us Israelis the rules are either not clear or we have not completely internalized them. We can all recognize the sentence that begins, “I only have one question.” Spaces dictate the kind of human behavior acceptable within them – unsuitable behavior can be dangerous. If I don’t know how to swim, I won’t jump into the pool, as enticing as it may be. Omri Shapira’s work documents the territory of an airport; a space that operates under clear behavioral rules allowing only the authorized to proceed and perform. An airport is also the first indicator of passage from one national space to another. The behavior of this space is autonomous, possessing a regime and clear rules of its own.
Local territory, very Israeli, is presented by Maayan Oren. This is a black-and-white photograph of a concrete building half buried in the very heart of the desert. The photo immortalizes an incursion into the Genesis-like landscape of the desert, an aggressive incursion of concrete. The work gives a close-up of a catastrophe that has taken place, a colossal event that took control of the landscape and the quiet of the desert space, producing an imbalance that arouses unease in the spectator.
Spatial Territory deals with a set of questions touching almost every aspect of our lives. Moreover, it presents to the spectator the opportunity to ponder on the human aptitude to understand the places and the situations in which it is still possible to maintain peace, if only we would respect the territories of the other.

Marianne Breslauer (1909-2001) a Jew of German extraction, worked as a photographer during the 1920s and 1930s. She was among Man Ray’s pupils in Paris and after her returned to Berlin worked for several German newspapers. She specialized in portrait photography. When the Nazis took control of Germany she fled to Holland and later settled in Zurich. She later abandoned photography and with her spouse became an art dealer. Together they established a gallery in the city. 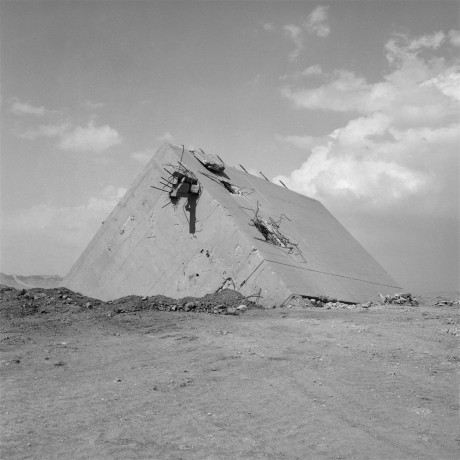 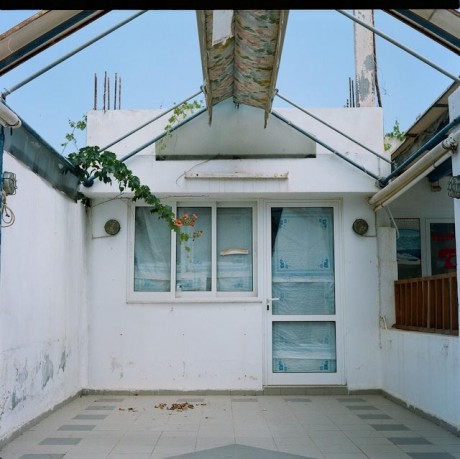 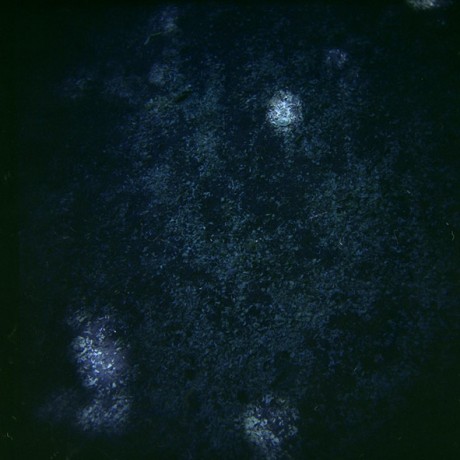 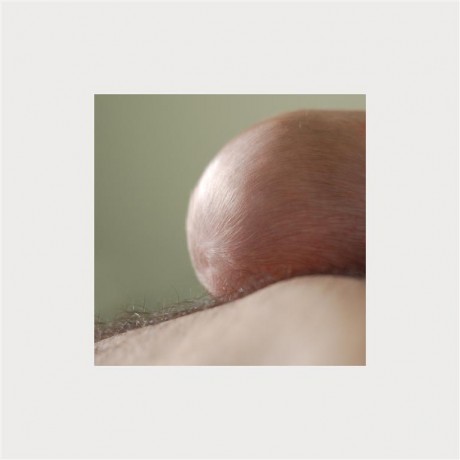