Liat Elbling presents a site-specific photographic project, shot in the in the gallery were the work is displayed, initiating a dialog between the small, intimate, minimalist space of the gallery and the PDP exhibition format – instant shows which allow the artist a break from accepted exhibiting norms and afford the viewer a glimpse of the work in progress.

The photographs allegedlydocument the gallery’s bare walls – the white cube, that ideal exhibition space – but as soon as they are hung ob the walls they change the space they are supposed to describe: they betray their original role, or at least dynamically change its rules.

This project follows the approach evident in Elbling’s previous work: using photography as a tool for cognitive study, exploring the conventions of spatial perception and the role of photography as vision, or as a perpetuating witness. Elbling offers a re-examination of the gap between what we perceive as unmitigated reality and the way we perceive its representation.

In her photographs Elbling breaks up the space and re-examines the continuum of looking and artwork and accepted display norms, using the unique device of partially framing the photographs. The framing, usually used to enclose the images and to appropriate the space the works take up in the room where they are displayed, is stripped of it functionality; the photograph becomes a three-dimensional object occupying its own space.

The show’s title, “I’m coming home,” suggests another reading of Elbling’s work. Coming home almost always implies longing to a return to the starting point, to simplicity, but often the wish to return to the familiar isdoomedto failure. Even if “home” remains the same, the person returning is the one who’s changed. 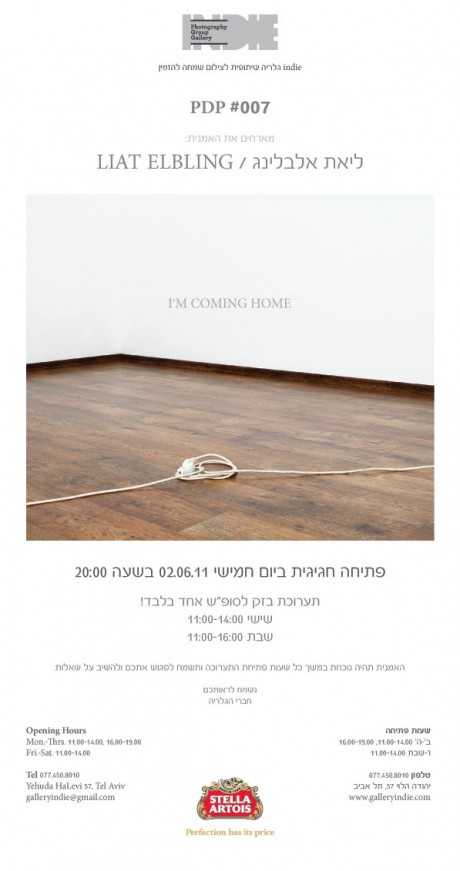 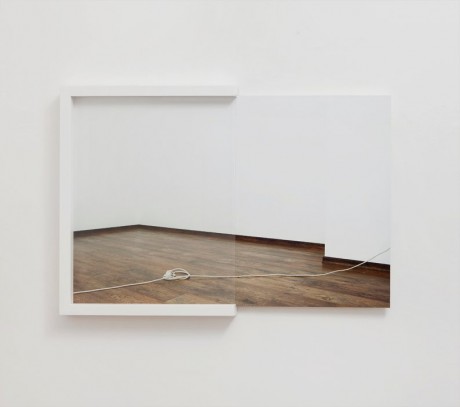 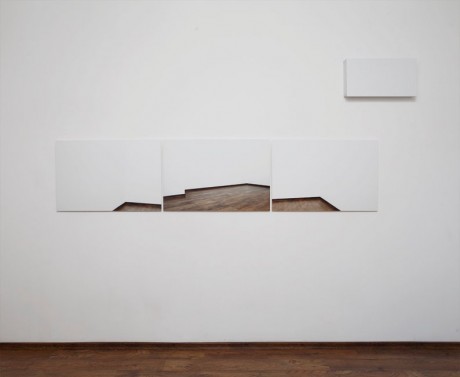