The parallels between the world of today and my memories of the start of the Thatcher decade in 1979 have been in my head for a while now. The more I think about that time, the closer the present seems to get to the past.

On the news this afternoon it was announced that wildcat strikes have begun at oil refineries across Britain, the result of rising oil prices and financial meltdown. Just like 30 years ago, when inflation and economic chaos led to strikes in Britain - by the bin men in metropolitan cities, and by the oil tanker drivers. The so-called “Winter of Discontent” in 1978 would sweep Thatcher to power the next year. For me, that winter was not entirely discontented: my school in Woking, Surrey was forced to close as there was no fuel for heating, so for six weeks we had an extra holiday. I spent it skateboarding during the day and going to see bands in the evenings. But it wasn’t all escapism. Even at 14, I knew that my temporary freedom was the result of political chaos. I could see the results of this chaos all around me. I regularly took the train to London, and as it pulled into Waterloo station, I saw the rubbish piled up in the streets (although luckily I was immune to the smell of rubbish after spending the entire twenty minute ride in the toilet to avoid the ticket collector - why waste 25p when you could ride for free?).

The music that I obsessed on as a teenager and that took me into adulthood was also tangled up in politics. By the time I was old enough for punk, anarchy was over, and punk’s rebellion had taken a left turn. This was the beginning of independent music, of labels like Rough Trade and fanzines and marches and rallies that mixed music and leftist politics. This was the time of ‘Rock Against Racism’ and the reemergence of the Campaign for Nuclear Disarmament, a time of resistance and rebellion in squats, university campuses and even in teenage middle class bedrooms.

Over that winter of 1978/1979, I changed, or maybe just grew up: the little boy obsessed with skateboarding and the chart punk of the Undertones, the Banshees and the Buzzcocks had become a teenager engaged in what I thought of as radical politics. The fun wasn’t over, but by 1979 it had a more serious edge. Even for a teenager, there was more to think about than having a good time.

The politics of this music was also linked to a philosophy of experimentation and learning, not taking any dogmas or ideologies for granted. This gave me something school did not, it gave me my own world, an new adult world away from institutions. Through the local record shop I found people like me, and a life I wanted to lead. I was figuring things out – figuring the world out, and figuring myself out. How this period led me to make art is what is recorded here in this book of photos, records, and the odds and sods I kept from the period 1979 to 1984.

This book also tells another story about that time, and about the past and the future. It’s the story of my family and particularly of my father – a man who centred his life on the idea of human progress, and who died a few years ago in my old teenage bedroom.

My father worked in the nuclear industry, specializing in the safety analysis of power stations. For him, like many others in the post-war generation, science was as close to the absolute truth as you could get and any other beliefs were to be frowned upon and derided. Scientific breakthroughs were the measure of human advancement to my father and he accordingly valued study and knowledge above all else. For him, scientific progress also held out the promise of immortality; he believed that if he had a healthy and active life, he would see breakthroughs that might help him to live to be 150 years old. The funny thing is he really wanted to be 150 years old. He loved life and he loved to see the world advance. What I did not find out until after his death was that in 1969 he had been sent inside a nuclear reactor having technical difficulties. At the time of writing this, none of the scientists and engineers who went into that reactor in 1969 are still alive – in fact, my dad was one of the last to die. I think now about the Japanese power plant workers at Fukushima, and how their future might be might be like my father’s past.

In 2004, my father was diagnosed with bile duct cancer, along with an unusual form of liver cancer. He was 59 years old. He was told he had only weeks to live, but he managed 4 years – only after abandoning the western science that had given his life so much purpose. The scientists he once believed in told him there was no hope, but he believed in that the progress of his own life would continue, and fought to keep himself alive through a variety of alternative ‘new age’ therapies. The last thing he said to me was that if I was going back to London could I pick him up some Tom’s of Maine toothpaste as it wasn’t available in the village. He died the following morning. As he was dying, I sat with him and thought about the past. He had chosen to spend his last few months at home rather than a hospice. And at home, he had chosen to die in my old bedroom, a room I rarely let him enter years before. This space had been sacred to me as a youth, my place of teenage escapism. The reason he had chosen to die there was because it had an en-suite bathroom and got little sun. Perfect for an adolescent or a dying man. After he died, I sat with his body, my room, his body on a Sunday morning. The crisp September light was only just visible through the tangle of trees that covered the windows. I took out a camera and made the image that is at the front of this book, a last picture and a last look at a person, a time and a place. It seemed like we had travelled full circle. A generation and a little more had passed but was also somehow trapped in that room. The world had moved on a millisecond but our lives had gone a full turn and found themselves back at the beginning again.

I felt little emotion. The last weeks had been hard on everyone but hardest on him, and now he had some release. After the body was taken away I headed down to the beach with my mother. We stood on a stone breakwater and looked out over the channel towards France. The sky was dark in the usual British ‘grey blanket’ kind of way. As we stood there, little gaps appeared in the clouds and small rings of sunshine danced on top of the waves. They appeared and disappeared randomly like atoms whizzing around in the reactors he loved and had helped design, and now whenever I go home on a dark grey day I head to the shore to see if they will dance for me again on the murky waters of the blackened sea. 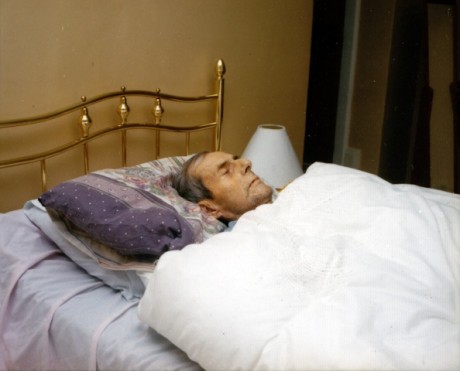 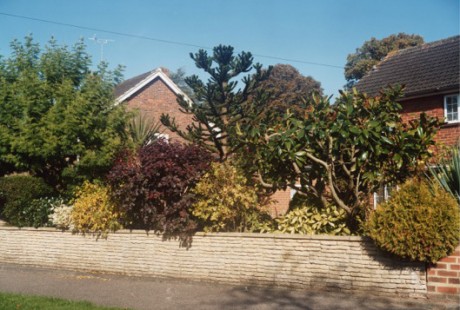 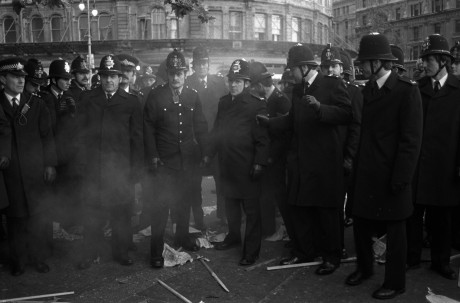