The expression "extension of drawing", already the title of an  exhibition and a catalogue,  can be considered the leitmotiv of Ulrich Vogl’s artistic practice. While Vogl’s overall topic would be the “extension of drawing”, his focus of the past years has been on “drawing and light”, working with shadows, reflections, movement and drawing.

Many of his time-based works are playful and they create their own magic without ever hiding the simplicity of their creation.

One of the works in the show will be the work “window”, first shown in Berlin as “window berlin” in 2010 and after beeing shown in many places throughout Europe it is now shown as “window tel-aviv”.

A regular mirror is leaning against a wall, three stripes of tape are taped across the mirror. Fresh picked branches from different trees from the neighbourhood are lying on the floor. A small fan keeps the branches moving while a light source shines through the leaves on the mirror.  The projection on the wall reminds the viewer  of the sun shining through the window on a sunny day into a room. Even though the set up of the work remains the same, the different type of  vegetation of the place where “window” is shown changes the piece.

In 2011 he received the EHF grant of the Konrad Adenauer Foundation and in 2010 he was awarded the ZVAB Phoenix Price. 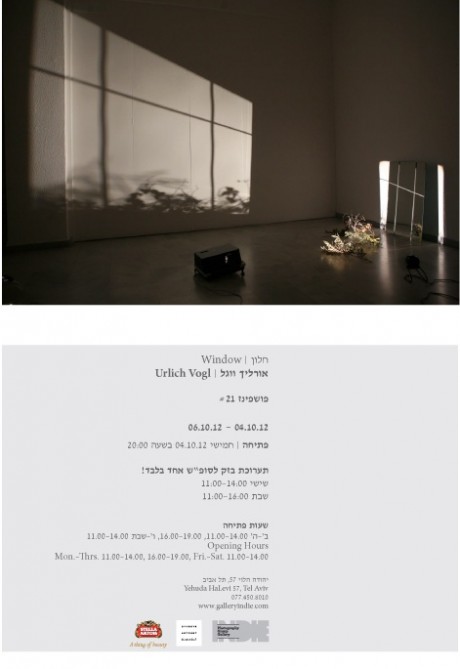 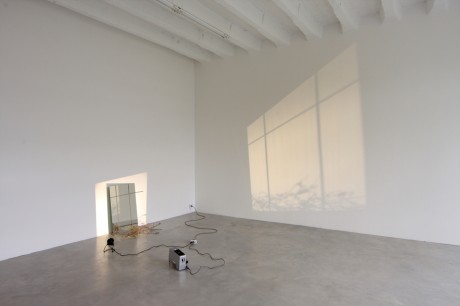