Hila Vugman | Cities of the Sea

Cities of the Sea

According to Jewish rabbinical tradition, Cities of the Sea (כרכי הים ) are places of endless possibilities; they are frequented by society's rebellious and marginalized fringe – those who have lost their way to the fateful sea, or who have sought to lose it. Such places can be said to be heterotopic1 – spaces of trial, examination, deviation, passion, desire, questioning and perdition – which are set against the sensible and orderly world, thereby defining it.

Artist Hila Vugman is taking us on a journey to a world equally restricted and excluded, a journey between realms of fiction and possibility. Through her seductive and sensual images, which draw on the realms of the personal, mental and biographic, oscillating between realism's matter-of-factness and the unlikeliness of surrealism – between documentation and a mise-en-scène, dream and reality, life and theater – Vugman seems to state that realism, just as beauty, is in the eye of the beholder.

In artistic steps that owe to no particular truth, but rather operate in the name of an alternative one, Vugman deploys a range of viewpoints and possible truths across the exhibition walls. One is left to wonder: was that? or was it not? Like in a riddle, the works are laid-out for the viewer, awaiting his gaze and inviting him to try and decipher (but can he really?) the code encrypted therein, only to be entangle once and again in the various disturbances and aesthetic disruptions that are found throughout. This attempt at disruption and sabotage is found across the exhibition, where it is present on several levels.

It is found first of all on the level of photography, a medium that Vugman uses in order to construct seductive and uncanny worlds that are both sensual and imbued with violence, and where the human body is shown bruised, vulnerable and subordinated, bearing the marks of latent actions directed at, and against, it.

Another disruptive aspect belongs to the level of the photographs. There the photographic material is foregrounded and made dynamic, at once eroded and evolving; it appears effaced, erased either by the artist's actions or as a result of chemical or environmental processes. This is physical sabotage performed on matter, vacillating between the controllable and uncontrollable. The same material which, in the early days of photography, was lauded for its capacity to fixate and eternalize a fleeting moment in time, here becomes dynamic and ever-changing, continuously evolving at any given moment, and always unexpected: "Things no longer disappear because they have reached their culmination or end. On the

contrary – disappearance is not a stamp but rather richness and unlimited variety of existence and appearance."2

And let us not forget the level of viewing, in which disruption is directed at the viewer and his futile attempts at reading and deciphering the code encrypted on the walls. Vugman, by applying different means of disclosure and concealment – whether by the use of specific objects or through artificial, physical or chemical substances – presents the viewer with a world of evidences and testimonies, and contrary to it with a world of metaphysics; she permeates the viewer's consciousness as well as the medium's owns through a series of trials and disruptions that are applied to matter, emulsion, print, the object and its surroundings, as well as the genre and format. Thus she baffles the viewer, questioning the sanctity attributed to the artifact and undermining the integrity of vessel, image or medium.

The use of a wide range of formats, the entanglement of genres, the dynamism of the photographic material, bodily passions and corporeal infamy – all these contribute to a sense of perdition on the edge of mediumal decadence, a perdition as intended as it is uncontrollable, invigorating and fertile, simmering on the photographic surface as it presents a beauty that is new, different, and constantly changing. 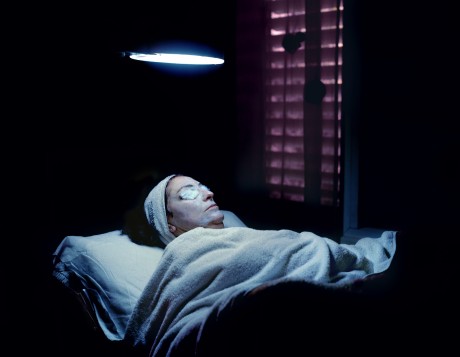 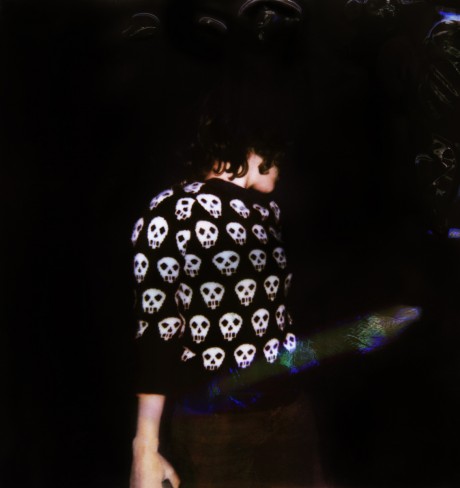 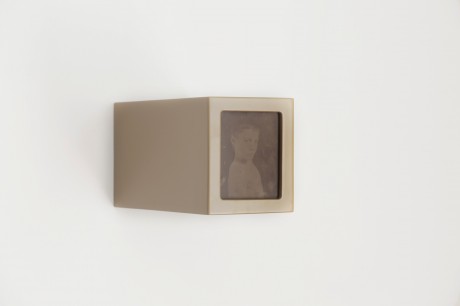 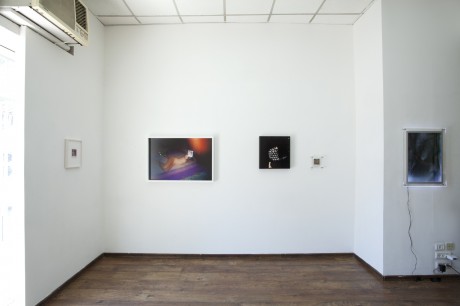